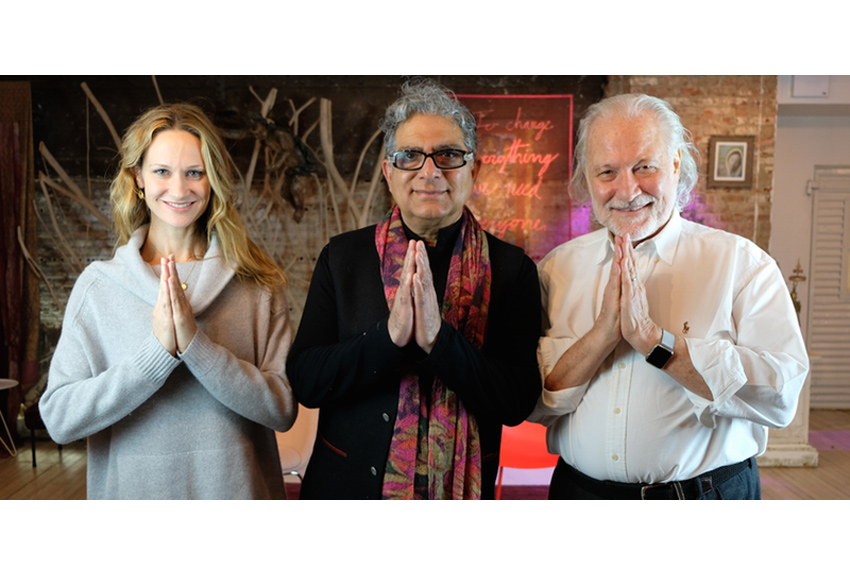 On the earth’s darkest night, an invitation to plant the seeds of your truest intentions using tantric techniques, kriya yoga tools & ancient wisdom

Sankalpa comes from two words: “San”, which means that which resonates with spirit, and “Kalpa”, which is an intention. The goal of the Sankalpa practice is to embed your intention into the deeper realms of your unconscious, enabling you to realize your life’s purpose and manifest it into your living with grace and ease.

This Winter Solstice evening, Sarah will lead you through simple seated asanas, integrating the kriya techniques used to open the passage to the unconscious, which governs us. Alan will introduce ancient Tantric techniques to form your sankalpa and plant it into the unconscious realm so that you can know your own truth and manifest it into your living. The evening will provide you with the tools to achieve your Solstice and New Year’s resolutions in all aspects of your life: personal, professional, emotional, and spiritual.

Do dress comfortably, though yoga attire and mats are not needed.

Sarah Platt-Finger is the co-founder of ISHTA Yoga and the private yoga teacher of Deepak Chopra. She teaches trainings, workshops, and retreats internationally with her husband, Yoga Master Alan Finger. Sarah is a featured teacher on Yoga U Online as well as Jiyo, a revolutionary new digital platform that brings health and wellness to online communities all over the world. She is on the Board of Directors for Exhale to Inhale, a non-profit organization that teaches yoga to survivors of domestic violence. Her daughter, Satya, inspires her every day to live a life based on love and unbound potential.

South African Tantric and Kriya Yoga Master Alan Finger began studying yoga at the age of 16 with his father Mani Finger and renowned swamis of the past century. Alan and Mani created ISHTA Yoga. ISHTA is an acronym for The Integrated Science of Hatha, Tantra, and Ayurveda, and also translates to “That which resonates with the individual spirit” in Sanskrit. The ISHTA style integrates breath-based flow yoga with alignment, meditation and healing bodywork. Before creating a home for ISHTA, Alan co-founded Yoga Works, Yoga Zone and Be Yoga. Alan has co-authored several books including Introduction to Yoga with Al Bingham and Chakra Yoga and Breathing Space with Katrina Repka. Alan travels the world to share his teachings, and currently lives and teaches in New York City where he co-owns ISHTA Yoga with his wife, Sarah Finger.