The History of ISHTA

ISHTA means that which resonates with the individual spirit and is also an acronym for the Integrated Science of Hatha, Tantra, and Ayurveda. 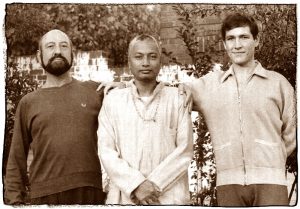 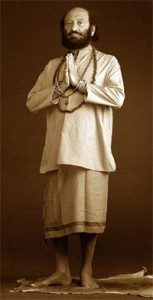 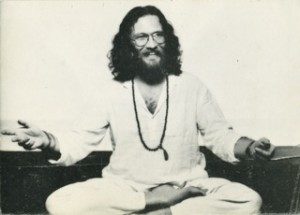 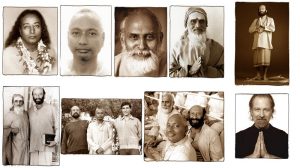 Kavi Yogi Swarananda Mani Finger and his son, Yogiraj Alan Finger, created ISHTA Yoga in the late 1960’s in South Africa. Mani was first initiated into Kriya Yoga by Paramhansa Yogananda in Los Angeles, and later as a Kavi yogi by Sivananda in India.

Mani subsequently went back to South Africa where he transformed his home into an ashram.

Over many years, Mani and Alan hosted many gurus at their house including Swami Venkatesananda (friend of T. Krishnamacharya and Sivananda’s ‘jewel student’), Ramakrishna Mission, Swami Nishraisananda, and Tantric master Shuddhand Bharati, who initiated both Alan and Mani into Tantra.

Seeking to integrate and celebrate the different teachings and lineages that passed through their ashram, Mani and Alan created ISHTA Yoga.

ISHTA aims to give each student an understanding of how to incorporate aspects from various yoga styles and practices in a way that best suits their individual paths.

In 1975, after teaching in South Africa for thirteen years, Alan moved to the United States. He settled in Los Angeles and founded the Yoga Tantra Institute. Soon after, he co-founded Yoga Works. In 1993, Alan relocated to New York City and formed the Yoga Zone studios. Yoga Zone became Be Yoga and expanded Alan’s teachings into one of the most successful regional yoga teacher training programs in the country. Coming full circle, in 2004 Be Yoga rejoined the Yoga Works family of studios.

As the culmination of his life-long development of ISHTA, Alan and his partners, Julie Wilcox, Sarah Platt-Finger, and Bruce Wilcox, opened the first ISHTA Yoga studio in Manhattan on May 1st, 2008, at 56 East 11th Street in Manhattan.

For the first time, all elements of the ISHTA tradition had a dedicated home. In February 2011, ISHTA opened the doors to its uptown studio, located at 1026 Third Avenue in Manhattan.

Author of Autobiography of a Yogi. Yogananda was Mani Finger’s introduction into yoga, his foremost teacher and his initiator into kriya yoga.

A friend of T. Krishnamacharya and a leading student of Sivananda’s. Venkatesananda wrote many books on yoga, and with co-author Kavi Yogiraj Mani Finger, wrote a book on Laya yoga. Venkatesananda, along with Mani, initiated Alan into Yogiraj. Venkates stayed with Mani and Alan for several weeks each year.

A scientist/engineer turned yogi and disciple of the Ramakrishna Mission. Nishraisananda’s understanding of the links between spiritual yogic concepts and modern science is the foundation of ISHTA’s conviction that we are only now beginning to understand in a ‘scientific’ perspective the physical and energetic effects of yoga, which ancient yogis intuitively understood thousands of years ago.

A Tantric master. Bharati initiated both Alan and Mani into Tantra and was the driving force behind the systematization of ISHTA as a system of yoga.

ISHTA Founder and figurehead; Tantric Master. Alan holds the title Kavi Yogiraj and has been teaching yoga and meditation for over 50 years. He has put countless people on the path of self-realization. Alan Finger began studying yoga at the age of 16 with his father Mani Finger and renowned swamis of the past century. Alan and Mani created ISHTA Yoga. The ISHTA style integrates breath-based flow yoga with alignment, meditation and healing bodywork. Before creating a home for ISHTA, Alan co-founded Yoga Zone, Be Yoga, and Yoga Works. Alan has authored several books and travels the world to share his teachings.

Sarah Finger is the co-founder of ISHTA Yoga, LLC and the private yoga teacher of Dr. Deepak Chopra.  She has shared the elevating tools of ISHTA to the yoga community worldwide through trainings, workshops, and retreats which she co-teaches with her husband, Yoga Master Alan Finger.  Sarah believes that the yoga practice is a reflection of the reality we create for ourselves off the mat, and that a deeper awareness of our habits can both transform and empower us to connect to our most authentic self. Sarah is a legacy ambassador for Lululemon and the Board President for Exhale to Inhale, a non-profit organization that teaches yoga to survivors of domestic violence. Always a seeker, Sarah considers motherhood to be her greatest spiritual practice. Her daughter, Satya, inspires her to live a life based on love and unbound potential.

Mona Anand is a Yogiraj in the ISHTA lineage and the co-owner of ISHTA Yoga. She is a Senior Trainer in ISHTA’s 500 hour trainings and has been a key contributor in the development of ISHTA content. She is the co-Founder of Mona Anand’s ISHTA Yoga Nidra, a 9-step system of Yoga Nidra that she developed with Kavi Yogiraj Alan Finger and has proceeded to develop into Yoga Nidra trainings. Her classes, workshops, and trainings have been transformational to both new and seasoned students alike on an international level. She has created four Yoga Nidra CD”S available at ISHTA Yoga, ITunes and numerous online yoga and meditation sites and studios around the world. Mona’s classes offer a blend of wisdom, joy, humor, physical precision, and profound relaxation.

Contact us to learn more about our classes, workshops, retreats and teacher training courses.