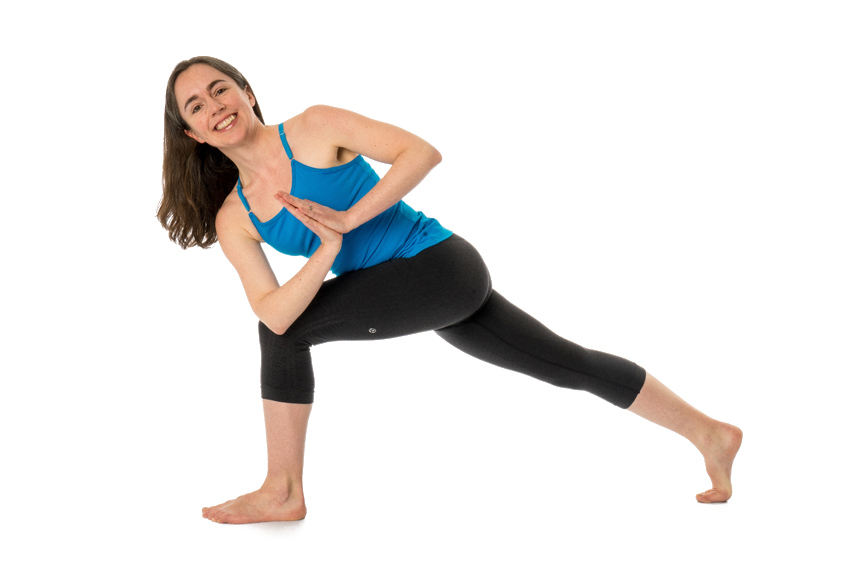 Have you always wanted to try yoga, but assumed you weren’t flexible enough? Have you been to some basic yoga classes but left feeling overwhelmed because the class wasn’t “basic” at all? Then come to this beginner’s orientation, and you will learn that yoga is about enhancing the quality of your attention and equanimity, not torturing the body into wild contortions. We will break down the alignment of some basic yoga postures to build strength and flexibility. You will experience how linking your breath to movement can help to create a meditative focus. The workshop will conclude with the practice of savasana, where you can deeply relax, and recharge yourself for life off of the mat!

Join us for three beginner’s workshops:

Kelly Eudailey began studying yoga more than a decade ago in Richmond, Virginia, as a complement to her dance training. After moving to New York in 2001, Kelly had the good fortune to practice at Be Yoga under the guidance of Beverley Murphy, Alan Finger, and Jean Koerner. She completed her 500-Hour teacher training in the ISHTA Yoga lineage, and has also studied extensively with Leslie Kaminoff at the Breathing Project. Kelly’s style is inspired by a deep respect of anatomy, a playful attitude, and the wish to see more city-folk take a deep breath and enjoy the moment!

Puy Navarro is an actress and a theater producer focusing on social issues and human rights in New York since 2005. She has taught Yoga for Executives at the US/Spanish Chamber of Commerce, the Empire State Building and currently teaches at the Hispanic Society of America.Through her acting career she met ISHTA Yogiraj Mona Anand and was introduced to ISHTA. She has been to India twice assisting Mona in her retreats, where she was able to deepened her studies on the Sutras, Tantra and Ayurveda. She brings a warm and joyful spirit to her teaching at ISHTA and she believes that when we are in full command of our physical, mental and emotional capacities we can live fearlessly, and we can open ourselves to new experiences, new challenges, and let our energy flow freely to express our unique talents. She recently assisted Douglass Stewart founder of Solstice in Times Square, when U.N. officially declared June 21st International Yoga Day

Shell Merrill has always enjoyed expressing herself physically; from her career as a modern dancer to her later adventures as a zany spinning instructor and cycling trainer. While cycling made her feel strong, Shell soon realized that she still had a brain that was moving far too fast inside a body that was quickly getting too stiff and inflexible. A friend offered to take her to yoga class, and Shell has been learning to slow down (in mind and body) ever since. For Shell, yoga is all about the knowledge gained through trying new things, learning to practice rather than trying to be perfect, and most of all being able to laugh through the whole experience. She brings a sense of fun, joy and compassion to all of her classes for both adults and children. Shell is an E-RYT 500 hour certified teacher. She is also a RCYT (children’s teacher), a RPYT (prenatal teacher) and teacher of restorative yoga. She has studied to teach yoga to kids at Karma Kids Yoga, Little Flower Yoga and Street Yoga which brings the benefits of yoga to homeless and at-risk youth. Shell is an ISHTA Senior Teacher and Sadhaka trained at Be Yoga and calms her own “bouncing off the walls” energy by continually reminding herself to “be happy where you are and breathe.”

Cancellation policy: Full pre-payment at the time of enrollment is required to reserve a space in workshops. Refunds or cancellations are available up to 48 hours prior to date of workshop.